Our local flight to Kumasi, takes only forty minutes from Accra. This flight was definitely smoother than the previous one, my sister and I took about a month ago.

That flight scared the life out of us. It brought out the Christians in us all. Some of us prayed quietly digging our nails into our neighbors’ arms and holding on tight, with our eyes tightly closed. Others dug holes in the chairs of the passengers in front of them with their perfectly manicured false nails.

“Jesus, Jesus!” pushed the lady sitting behind me.

The bumpy ride was over in a few minutes, with no apologies from the pilot or flight attendants. No one complained as we were all sighing and relieved the ordeal had ended.

The flight had no more bumps till we had almost landed. Just when we thought it was all over, we sped screeching along the runway.

Everybody was silent just staring at each other worryingly and thinking.

What a way to end this roller coaster of a flight. But before I could blink, we came to an abrupt stop. The force nudging us all forward. No apologies….again!

Everybody had a smirk on their faces and could not wait to get out of this expensive but hair raising flight.

At least this second flight, was smoother, no bumpy parts, screeches and very polite attendants. Of course there had to be a glitch. The pilot whose announcement must have been in a language familiar to him alone, blurted out a long spiel that made us all crack up. 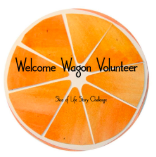